The rider from IAM Cycling covered the distance of 51.852 km, an improvement of 742 metres on Jens Voigt’s performance (51.110 km) of September 18th in Granges, Switzerland. 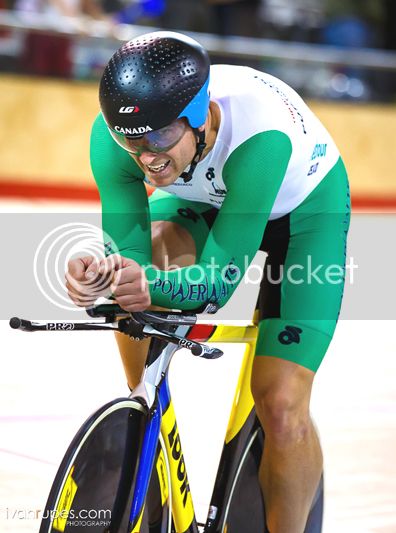 "This is what I was trying to accomplish. Live life to the fullest, learn about myself and what makes me happy with the hope to inspire others to do the same. Life is for living, it is for dreaming, making mistakes and for me in particular learning the hard way. I found real satisfaction in this particular discipline. I don’t think it is for everyone but I do hope some of you go out and find your own hour record to attempt".
( Ed. Veal on his Hour Record Attempt )

Having had to postpone his initial attempt back in February after breaking his collarbone, the Movistar rider moved his effort from London to Manchester.

The National Cycling Centre’s fast track certainly paid dividends, as Dowsett completed more than 211 laps of the boards the smash the record.

Dowsett was, in fact, behind Dennis’s record schedule for the first 50 minutes of the ride, giving up nine seconds to the Australian at one stage. But Dowsett revealed after the ride that it was always the plan to be riding in deficit, allowing the Brit to keep enough in the tank for the final 10 minutes.

And while Dennis faded towards the end of his attempt earlier in the year, Dowsett continued his charge to gain over a lap on the previous record and write his name in the history books.

“I was expecting it to be horrific, but it was just terrible,” Dowsett said immediately after his ride. When asked if he wants to have another go, he said: “Maybe after June 7.”

Of course, Sir Bradley Wiggins makes his attempt in London on that day, with Dowsett’s mark of 52.937km to beat.

Sir Bradley Wiggins has broken the iconic hour record by completing a distance of 54.526km (33.88 miles).

To watch re record attempt go to : https://www.youtube.com/watch?v=0XgL3ByqBVo
Starts at 7.04 min mark